How To Take A Screenshot On Iphone X [Tested]

If you have Iphone X Smartphone and you want to take a screenshot safely then you are in the right place.This simple article will guide you to Take a Screenshot On Iphone X.

The Apple iPhone X is powered by hexa-core Apple A11 Bionic processor and it comes with 3GB of RAM. The phone packs 64GB of internal storage that cannot be expanded. As far as the cameras are concerned, the Apple iPhone X packs a 12-megapixel primary camera on the rear and a 7-megapixel front shooter for selfies.

Since the beginning of the iPhone time, taking a screenshot has consisted of pressing the side button (formerly the power/wake button) and the home button at same time.

How To Take a Screenshot On Iphone X

Hold in the Side Button, then press and release the Volume Up button. Aflash of the screen later, a screenshot is captured. I’ve actually found it easiest to press and release both butons at same time, instead of pressing in a sequence. If you forget to release the buttons, you’ll soon see a prompt to turn off the iPhone X.

Well maybe it’s just this tutorial about How To Take a Screenshot On Iphone X. I would expect to see more articles. Hopefully the tutorial is useful. If you want to request articles or provide suggestions & criticism please contact me at Contact Me. If you have any problems do comment below. Also, for more updates like our Facebook page.

How to Make Money from YouTube Shorts for Beginners 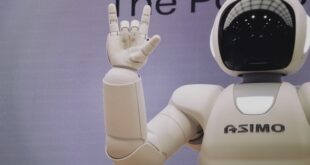 Types of Super Sophisticated Future Technology, and the Impact of Its Use

How to View All Videos Ever Watched on Facebook