If you have a OnePlus 6 android Smartphone and you want to Install Lineage OS 17.1 for OnePlus 6 safely then you are in the right place. This simple article will guide you to Upgrade OnePlus 6 to Android Q with LineageOS 17.1 (Official). 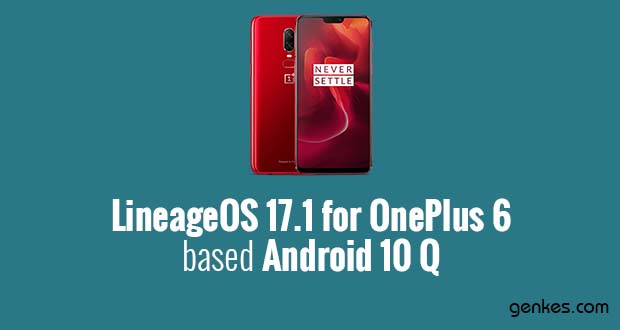 First, unlock the OnePlus 6 bootloader and make sure you have installed latest TWRP Recovery.

Well maybe it’s just this tutorial about Install Lineage OS 17.1 for OnePlus 6 based Android 10 Q. I would expect to see more articles. Hopefully the tutorial is useful. If you want to request articles or provide suggestions & criticism please contact me at Contact Me. If anyone wants to ask please leave a comment, and do not forget like Facebook fanpages genkes.